‘See What I See’ : The Killer App for Augmented Reality with smart glasses

Augmented Reality (AR) solutions are on the cusp of making a huge difference in commercial and industrial environments. A just-released quarterly report from International Data Corporation (IDC) reveals that "dedicated AR and VR headsets collectively are expected to grow at a very strong pace from just under 10 million units in 2016 to just shy of 100 million units in 2021". This is a whopping CAGR of 57.7% over five years.

AR is best described as the real world augmented by computer-generated sensory input. It is commonly delivered through head-mounted displays (also known as "smart glasses”), that are connected both to a (sometimes built-in) phone-sized computer and to a collaborative network.

According to Ryan Reith, program vice president with IDC's Worldwide Quarterly Mobile Device Trackers, the results of IDC’s latest report suggests that there’s a big opportunity for dedicated AR in the commercial segment. He noted that key vertical markets for AR include healthcare, manufacturing, field service workers, and design.

"It is very clear to us that augmented reality is the larger of the two plays here when looking at AR and VR combined,” he said.

He went on to say that augmented reality companies are already providing devices that are being deployed in real-time commercial projects with significant ROI (return on investment). “The list goes well beyond that of other companies which have either deployed or are readying for deployment of similar devices,” added Reith.

Perhaps more significantly, Reith said that IDC believes that “many industrial jobs will fundamentally change” because of AR in the next 5 years. He also said that that sales in the commercial sector will happen quite differently from the consumer sector.

“These are much more opportunistic markets for dedicated AR headsets than the consumer market,” he concluded. “We expect commercial shipments to account for just over 80% of all AR headsets shipped in the next 5 years."

This hardware growth, however, will not happen all on its own. Like many other technology innovations in decades past, it will be the release of a “killer application” that will boost adoption because it will provide the “fundamental change” to industrial jobs that IDC predicts.

To get an idea of how killer applications can change the way people work, think about the four major “killer apps” that drove the original adoption of personal computers: word-processing, spreadsheets, database management and email.

The impact of any one of those applications was to change the way people worked with words, numbers and large volumes of structured information. Similar waves of change were brought by enterprise class messaging on smartphones (pioneered by Blackberry) and then enterprise apps on smartphones (popularized by Apple and Google’s Android)

For Augmented Reality, it’s becoming clear that the first killer application that will help the kind of strong AR adoption amongst commercial and industrial enterprises predicted by IDC is what you could call “See What I See” (or SWIS).

SWIS provides video-conferencing capabilities within smart glasses that allows everyone on the video conference call to see what the smart glasses user is seeing through their smart glasses, from their point of view.

It is possible to deliver some elements of this function using smartphones or tablets, but they are clumsy and difficult to use case as operators constantly need to switch between holding up the device to enable the videoconference, and taking the recommended actions for real-time collaboration. In addition, touch screens are difficult to work with in many industrial environments when workers may be wearing gloves or have their hands full. In short, smartphones and tablets are not ideal for a SWIS use case - and smart glasses provide the best solution.

So if you are wearing a pair of appropriately-equipped smart glasses running the right software (such as AiR Enterprise), anyone you dial will be able to see what you’re seeing, while keeping your hands free to keep working.

Why Does SWIS Matter?

Here’s how SWIS is valuable for commercial users – and why it will be the killer app that drives broad adoption of Augmented Reality.

Let’s say you’re an auto maker. You run into a problem that’s causing a halt on the production line - and you can't fix it without the skills of a particular person. If that person isn't standing next to you, but actually works across town, across the state or in another country, then you would typically have to fly them in to help you deal get the production line going again.

How much will that delay cost you? A 2006 joint survey of 101 manufacturing executives in the auto industry by Nielsen Research and Advanced Technology Services (ATS) found that the cost of stopped production was an average of $22,000 per minute (a staggering $1.32 million per hour).

So if the lack of on-site expertise is costing your company $1 million or more an hour, you are going to fly someone out on a very fast plane to fix it. Wouldn’t it be better, however, to just virtually "beam someone in" to solve it without spending the time and money to fly someone in (and without all of the waiting and additional expensive downtime the old method represents)?

That’s where SWIS can make a huge difference - by significantly reducing the need to fly people around the world to fix stuff that breaks. You can "teleport" them virtually to see the problem, rally a lot of smart people around so you can solve it immediately - or at least make sure you bring the right team and the right tools to solve it if an in-person expert fix is indeed required.

Importantly, it’s also a “hands free” solution that allows the worker on the ground to focus on the work they are doing while interacting with colleagues and experts on the videoconference - rather than the user interface of the device.

"See what I see" is a killer application that will drive commercial and industrial adoption of AR. If you're implementing an AR solution and "see what I see" is not part of it, you are going to start getting surpassed by competitors in the coming year. If you start now, you're not late.

If you're not doing it in the next 12 months, and more importantly doing it out in the field with real users, there are people who will work faster than you.

Also, be aware, that while SWIS is an extremely important feature to have within an overall AR solution, it is only one of the crucial elements that make up a holistic solution that spans the right hardware, interaction model and supported use cases. All of these components are built - from the ground up - into AiR Enterprise.

Contact us to arrange a demonstration and see how it could make a difference to your business!

With Atheer AiR Enterprise they are re-envisioning the way they work and finding new and transformative ways to improve the productivity, accuracy, quality, and safety of their skilled industrial workforces.

Let’s talk about how we can help you in your AR journey.

To learn more visit us at AtheerAiR.com to request a demo or follow us on Twitter @AtheerAiR. 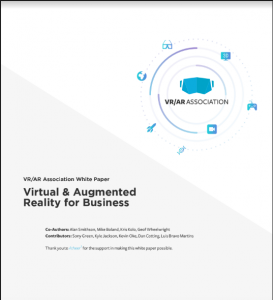 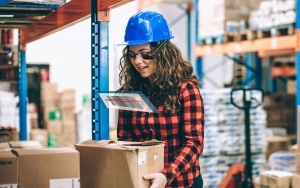 AR in the Transportation and Logistics Sector: Part 5