When Your Birthday is on Valentine's Day

It's tough when your birthday overlaps with a pre-existing major holiday - anyone who celebrates getting another year older on Christmas Day, New Year's or the 4th of July will know the challenge.

For us at Atheer, our birthday is today - Valentine's Day - and we are excited to share it with everyone on the planet who is also celebrating and honoring the loves of their lives. We are seven years old today, actually making us a pioneer in the Augmented Reality industry.

Below you'll see just a few of the highlights of our story so far - which began with the development of our own AR smart glasses (on which we could develop our AR software), as such things did not exist at the time.

Back in February of 2012, when Atheer was founded, the world was still two months away from seeing Google Glass for the first time - and a little less than three years away from the initial unveiling of Microsoft's plans for its HoloLens headset.

But our founder, Soulaiman Itani, had an exciting idea for a new way to pioneer the next generation of computing - one that would change the way that people interact with - and use - digital information. In the talk above (from a 2014 Digital Summit at MIT), he recalls the pioneering work the company did on gesture recognition - which has continued since and resulted in the many patents the company holds today.

The problem he was trying to tackle then was how to create a way for people to recognize the three-dimensional gestures that underpinned his new model for interaction using simple, affordable mobile devices. What he came up with was an inventive way of taking the information from cameras on two mobile phones to provide the kind of 3-D views that would later come to be provided by smart glasses.

"After a year of work, I had this proof of concept where I basically had two Android phones and I was able to create a button that you can click in the middle of the air, in real time, running on an ARM processor," explained Soulaiman.

Based on his success with that prototyping, he was able to raise money, hire the first four members of the Atheer team - and all of them set sail on our company's AR journey on February 14, 2012. So Happy 7th Birthday, Atheer!

As we celebrate, we also look forward to an exciting year ahead, as we make real the Augmented Reality Management Platform vision we laid out in October of 2018 to create this powerful new enterprise software category. 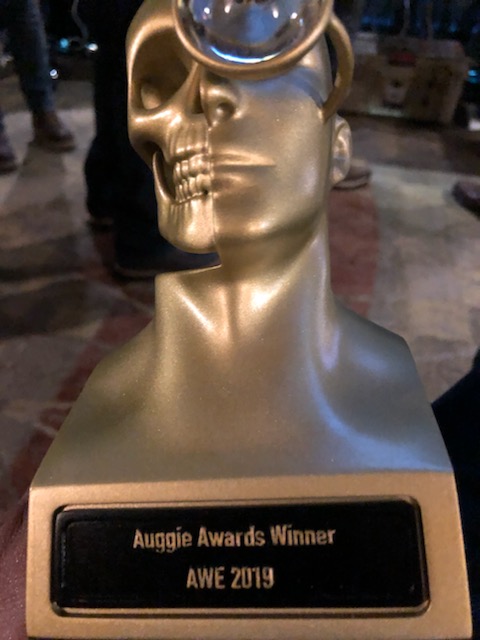 Our Birthday is still on Valentine's Day, But Now We are 8